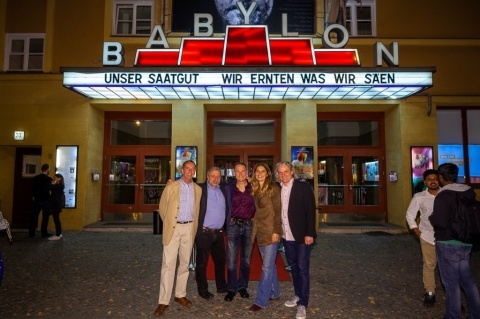 The once abundant seed diversity, a precious gift of nature, was painstakingly created by ancient farmers and gardeners over countless millennia. But today our seeds are in grave danger. In less than a century of industrial agriculture, seed diversity has been drastically winnowed down to a handful of mass-produced varieties. At the premiere in Berlin, director Taggart Siegel, who had flown in specially for the premieres, explained that 94% of seed varieties have disappeared, and so seeds are as endangered as a panda or polar bear; that’s why he and Jon Betz felt that they just had to make the film. We wish the film the best of luck for its theatrical release in Germany and Austria!